A Song in the Dark, the Birth of Musical Film.

It was the most chaotic era in the history of American entertainment, possibly its most dynamic, and in some ways its least understood. In a stunningly brief time, as the Jazz Age roared to a close, the art of the silent film became extinct, thrown over in favor of the unknown, virtually untested medium of talking pictures. Leading the way was a brand new American art form: the movie musical.

The New York Times Book of Broadway: On the Aisle for the Unforgettable Plays of the Last Century

Ben Brantley, drama critic of The New York Times relives unforgettable Broadway and off-Broadway moments. Witness the night a star was born, a director’s brilliant debut, a play that broke new ground, a musical that redefined the genre, and even a terrible play that ran for years. 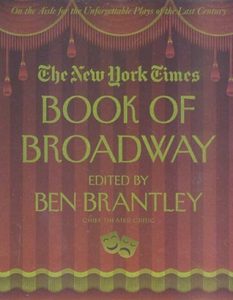 Free Shipping in the 48 Contiguous States for online orders!