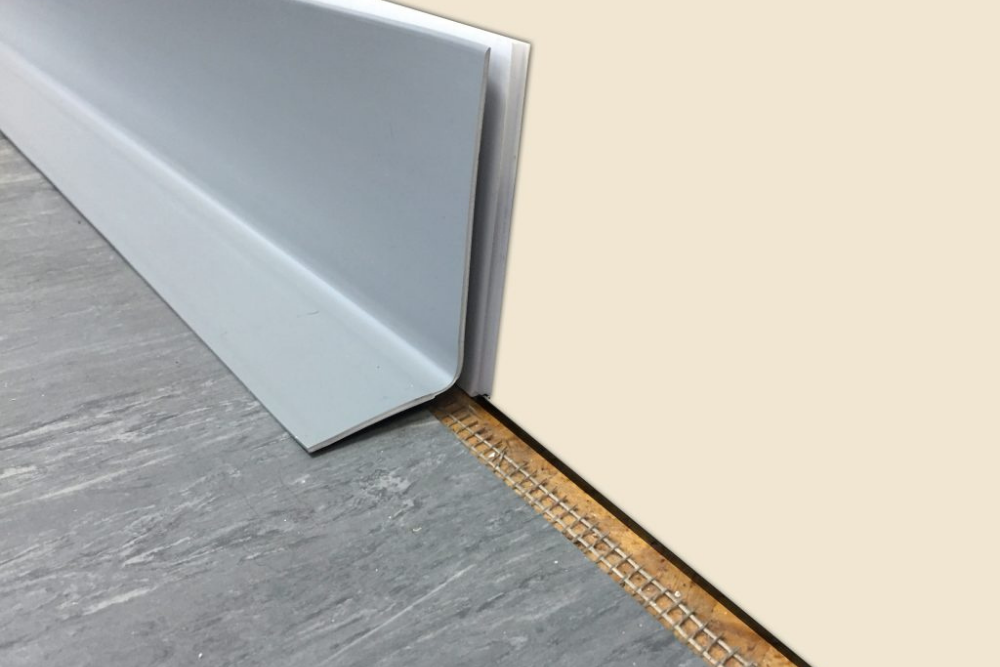 If you’re planning on installing a new dance floor system, you should consider installing a vented cove base. It both connects your floor to the wall and allows air to circulate under your floating wood subfloor to wick away moisture. Here is everything you need to know about vented cove bases and why you need one.

What is vented cove base? Also known as a vented wall base, this technology is designed to accompany wood floating subfloors and is built with vertical, vented panels that get glued or taped along the walls of your dance space. Over the top of the vented panel is a vinyl wall base 4” high with a 2” lip that sits on top of the floor. The wall base is taped or glued to the vented panels. This system allows for air to circulate under the subfloor while hiding the vents.

The main reason dance studio owners select vented cove bases for their studio is to get air circulation under the subfloor to wick away moisture. If left unvented, wood will absorb moisture, swell and warp over time. When there is better air circulation, you can prevent damage and extend the life of your dance floor.

Cove Base vs. Vented Cove Base

How To Install A Vented Cove Base

Here are the basic steps to install a vent cove base:

You can learn more about vented cove base installation by checking out the Stagestep Installation Guide.

Are you looking to control moisture and extend the life of your dance floor, then vented cove base is a necessary addition to your dance floor system. The unique construction of vented cove base allows for enhanced air circulation beneath your floating subfloor system preventing moisture damage. If you think it’s time for a flooring system upgrade and a new vented wall base, get in touch with Stagestep. We are happy to answer your questions and provide a no-obligation quote.